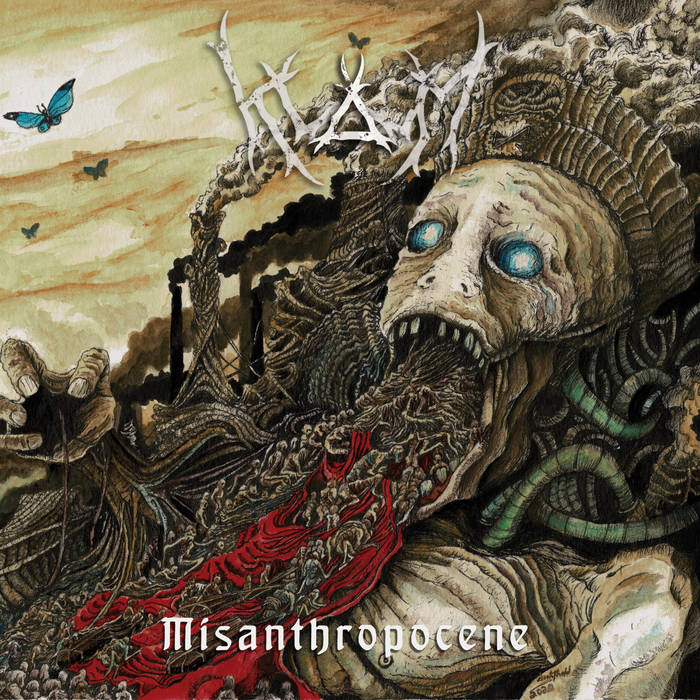 What is more vile, morbid, absurd and obscene than reality itself? Our concern is neither fantasy nor lore, but the mind-shattering abysses of actual life. Klamm’s new opus takes several stabs at central concepts and junctions of the interlocking workings of politics, propaganda, economy, and military power games, which conceptualize a dire present on the verge of a very tangible dystopian future, which could easily surpass every nightmare of visionary minds like Orwell, Huxley, Bradbury, Atwood and their peers.
The concept of Death –the great equalizer –is interspersed throughout the album to serve as a source of strength and humility. This constant fixed star enables a free and fearless life for anyone willing to change their perception to this idea. It is the natural adversary to transhumanist arrogance.
Few but potent plutocrats seem completely anesthetized to empathy -deeply gangrened by psychopathological patterns of lust, greed, thirst for power and revenge and express their megalomaniac God complex with increasing audacity.
The paralysis of the masses to rise up against their destructive system forms the contorted backbone of a steep downward spiral, cementing this weird age we named “Misanthropocene“.

Bandcamp Daily  your guide to the world of Bandcamp

Featuring interviews with the mighty Haitus Kaiyote and genre-busting L'Rain.